The trouble with digital v. film photography is that lack of restraints.  Yes, my shiny, black digital SLR- you make things too easy.

As you can see from online host like flicker, facebook, etc- our lives are becoming inundated with photographs. Everything is documented and secured within a 3mb space per file.  No right minded college female goes anywhere without her little point and shoot, and I swear we spend more time taking pictures on vacations that we forget to be there in the moment.  We don’t see the pyramid, the ocean, the sunset- we see the photograph that we MUST take.

I digress.  My point is that with film, you had a single roll with an average of 30 exposures (aka pictures). You paid x amount for that film. You also paid x amount to get that film developed (processed) and printed.  You felt the money slipping from your hand with every shot you took.  It forced you to value and calculate each time you snapped a shot. And that’s just 35mm film- imagine the care taken to produce a 8×10 negative with a view camera (Ansel Adams style).  If you spent two hours setting up your equipment, calculating light, etc- then it usually produced results in your shots.

Now we have digital SLRs that can shoot over 12 fps (frames per second) and memory cards that can hold over 8GB. We might as well take a movie and collect the still frames.

But again, I digress (my, what a pretensious phrase). My point is that when you do a photo shoot, and you have over 1,000 frames (pictures), then it can be a tough job to weed the good from the bad. It’s hard to know what you’re truly looking at when you were shooting spontaneously.  Using the ‘law of large numbers’ (see family guy joke with monkeys typing shakespeare)  is a cheap way to produce art- yet when you’re under contract for a shoot and have to please a client, then by all means, anything goes.

Still not to my point (true blog style, I know).  My POINT is that after you sift through your hundreds of frames, and pull your best, then pull your best from your best- you still probably don’t have your best. Go back to that same batch of photos a month later, and I bet you’ll find a gem you didn’t see the first time.

It’s because you’re not always seeing the photo when you take it.  The thought of execution was only part realized, and sometimes you get lucky. Other’s are more obvious- you know what you were going for (the preconcieved image in your head) and you find the file that matches those desires.  But, when you go back through your files a month later, those are when the subtle beauties jump out.  I call it the ‘lost and found’.

I did a photo shoot last christmas break for a contest.  Not only did I not win, but I totally mis-understood the rules. Whoops. At least I was proud of some of the gorgeous frames of my sister.  Today I came across the folder with the original files and decided to put this method of ‘Lost and Found’ to the test and viola!  I found IT.  And there was a close second. 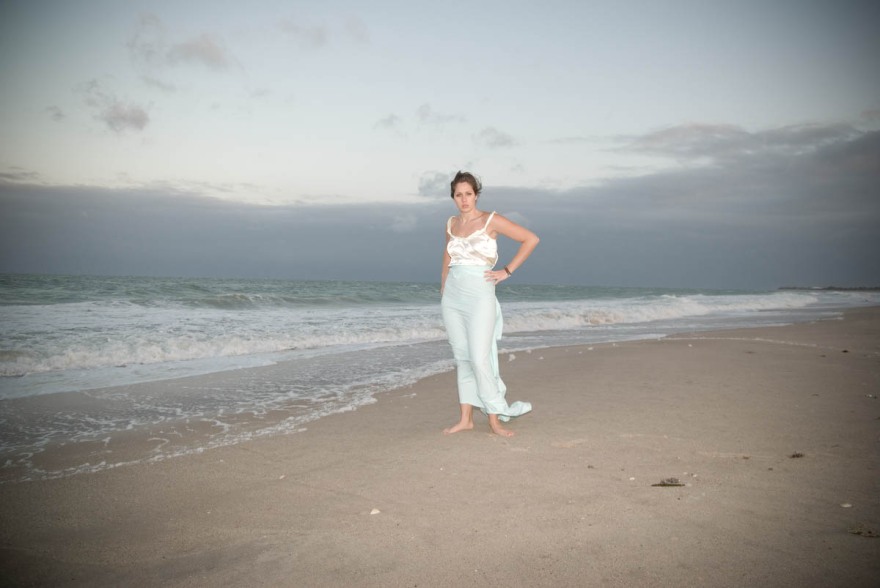 Now, these aren’t of the obvious glamour but personally, I think they give a lot more than the frames I orginally chose. The first one was flattened by the direct flash, and the second her hair is a mess- and this is what obviously stopped me from ‘chosing’ them in the first time.  But now that I lost sight of my preconcieved notion of how I wanted the shoot to go, I can see the beauty in these.  Lost once.  Found now.